Upside-Down Dimensions is a rich & vibrant action adventure game that conveys a surprising tale of good and evil, courage and bravery, love and sacrifice.

Keiko's role is focused on puzzle solving and stealth, attempting to remain undected

MULTIPLE GENRES - Upside-Down Dimensions brings a unique gameplay experience that creates an original fusion of genres, that delivers fun and demanding challenges ranging from pure fast-paced action (where stressful waves of enemies will test the player ability to chain attacks and devastating combos to swipe away hordes of enemies) as well as calmer moments that require cleverness and intelligence to outperform enemies and the demanding puzzles that block the route forward in the game.

TWO ALTERNATIVE DIMENSIONS - Two alternating dimensions, one focused on action and combat, the other, intellect and cunning where puzzle solving is crucial – a world where the clever will prevail. Two dimensions, one path, an epic journey to stop Evil from destroying the world.

This is Ryuu, one of our main hero's in Upside-Down Dimensions

Two unique realities of the same world, split into two distinctive dimensions, each with its own season and time of day.

Rotating the world creates an effect on the opposite plane

Communication between the two dimensions brings by itself an all new dimension to games, as the entire level flips Upside-Down to reveal the world of the other character. Players will need to play with the opposite configuration of the level, as UP has now become DOWN and DOWN has now become UP.

This is Keiko, daughter of the ruling shogun and other main hero of Upside-Down Dimensions

Feel the intensity as waves of enemies, directly inspired by medieval Japanese history, myths and legends, recreate a unique army of foes that will make the gameplay experience intrinsically fun and amazing to play.

On top of this, you will be able to fight against a range of bosses, each with their own abilities and core powers, where all the solutions are valid to win the ultimate battle that will make good prevail over evil.

PUZZLE SOLVING - Engage in innovative multidimensional box mechanics that connect two worlds. Solve one problem and potentially create another on the opposite plane.

Test the limits of mind bending puzzles, where the ability to think logically and intuitively will assure the player of the best way to progress throughout the game and to achieve maximum fun.

Keiko solves a puzzle to allow Ryuu to continue his journey

Quick and sharp reflexes are often needed to overcome the challenges that Upside-Down Dimensions will set for the player, not everything is what it seems. Maximum concentration will be needed to find the right solution for the problem.

STEALTH AND INFILTRATION - Traverse the world undetected, using the environments to your advantage. Out-perform the enemies by going undetected though the world and perform actions to help the other character progress.

A WORLD OF ORIGAMI - Summon powerful Origami's to ward off fearsome Japanese warriors, mythological creatures and ancient demons. Be dazzled by the delicate texture of the different types of paper, and by the precise and detailed way they blend together to make an entire world of paper come to life in a colourful and cheerful fantasy, almost as poetry in motion.

Feel the oppression of formidable enemies that will make you feel the power of evil and the fragility of being made of paper. 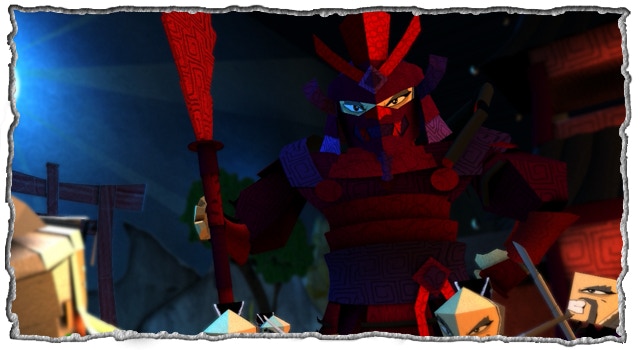 Find and collect all the Origamis that will help you move through the adventure. Unlock new weapons, new powers and new abilities to overcome obstacles, as well as meeting new allies that will be able to help you overcome the most fearsome of paper-crafted enemies. Unleash devastating powers to swipe entire hordes of evil from your world.

Upside-Down Dimensions characters are charismatic and full of life, with different abilities and traits that will drive the player over an epic journey filled with dangers and surprises where physical action and intellectual cleverness must always be correctly balanced. 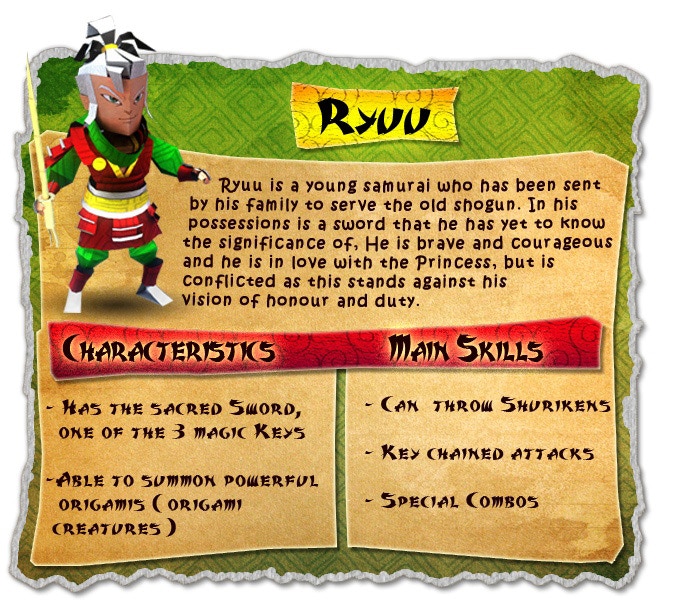 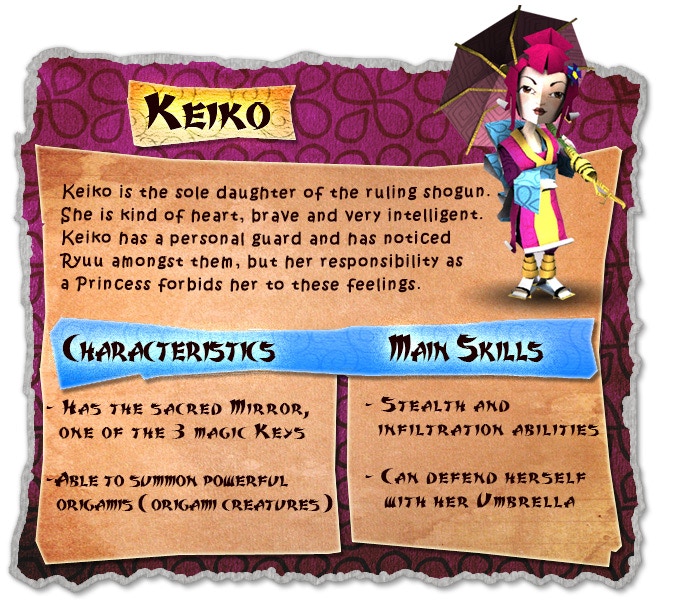 Directly inspired by medieval Japanese history, myths and legends, the enemies in Upside-Down Dimensions are unique, mapped into paper and then manually crafted into delicate Origami or paper-crafted creatures, each with their own skills and powers, dangerous but at the same time charming, able to challenge the most heroic of heroes and represent a truthful obstacle on their journey to avoid evil from conquering their world.

The Dark Shogun is a feudal warlord that has embraced the dark forces of evil. His sole ambition is to bring evil back to the paper world and rule it forever. He is cruel, ambitious, ferocious and trained in the black arts of magic by the Sorcerer.

The Sorcerer is a very old creature that has been at the service of the Dark Shogun family for centuries. The Sorcerer has foreseen the comeback of evil and encourages the Dark Shogun to find the sacred 3 items, said to break the seal that is preventing evil from returning.

To help in his quest to bring evil back to the paper world, the Dark Shogun has raised an army of ninja, samurai and mystic creatures like the Kappa Paper and the Yawamaro. 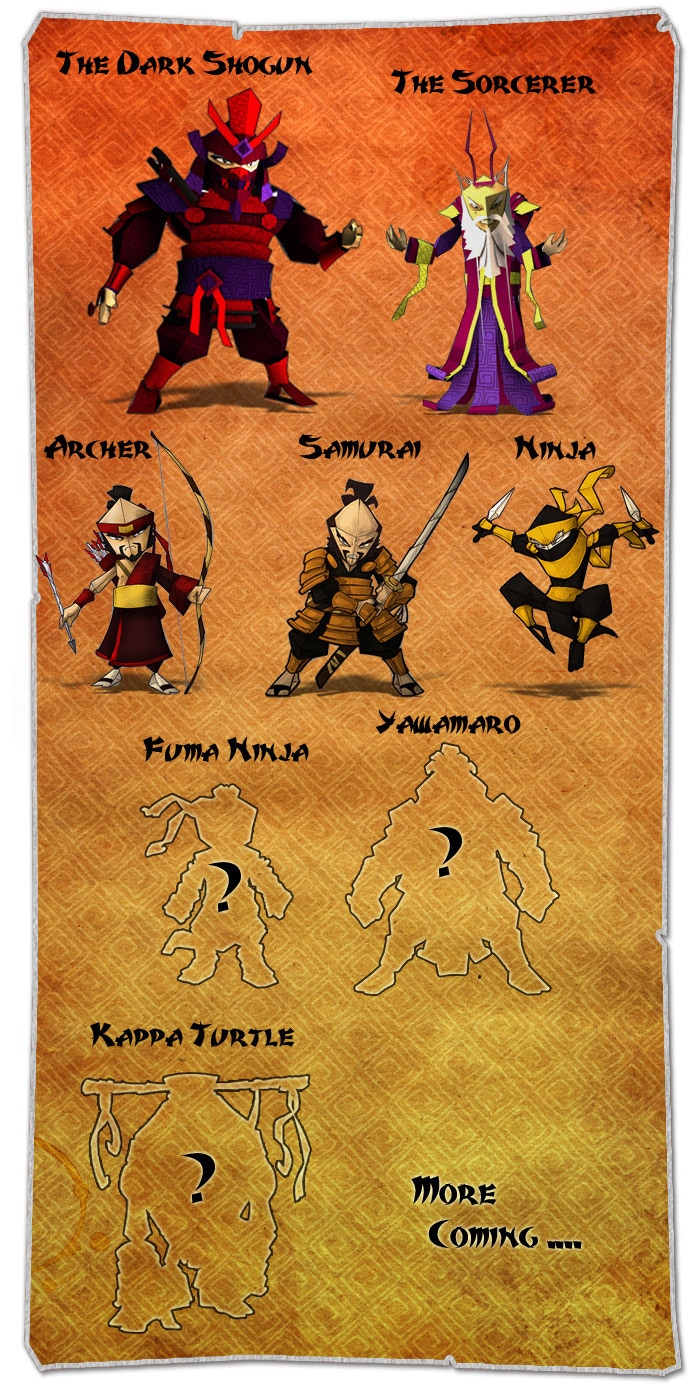 Upside-Down Dimensions will be a colourful and vibrant world, where every element, from trees to rocks and flowers, from fire to water will be made out of paper. Textures will be used to imitate intrinsic details of different paper materials and qualities.

The games art is based on the fact that the characters are separated into different dimensions, but at the same time in different seasons; Spring-Autumn, Summer-Winter. As the game progresses and Evil becomes more powerful in the ultimate struggle for dominance, the art style of the levels with start to blend with colourful and burned down elements so as to highlight the struggle between good and evil.

The soundtrack for Upside-Down Dimensions will be unique and original and specifically composed for the game. We aim to create a fantastic fusion between visuals and music to transport the player into this parallel universe. 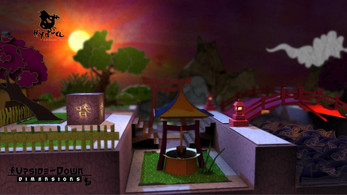 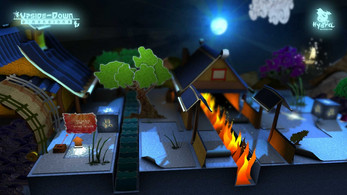 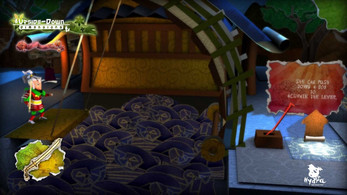 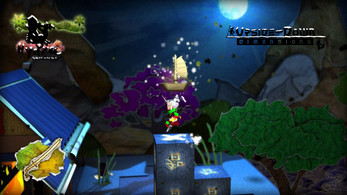 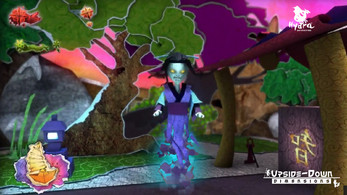 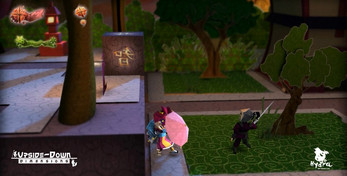 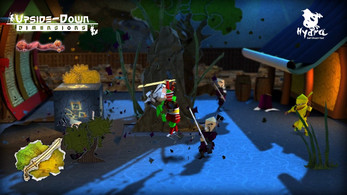 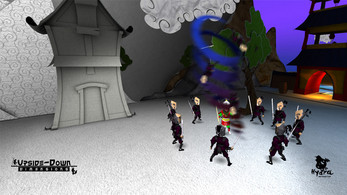 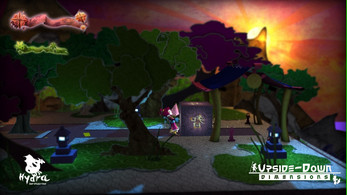 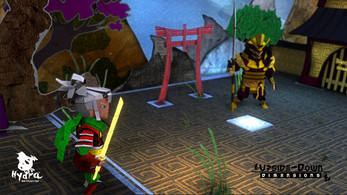